Featured on Hashnode
Play this article

As developers, we use the terminal all the time, it makes sense to learn some shortcuts that can help you do things in the command line.

Learning these will also help you boost your productivity because you don't have to retype your commands again just because you found a mistake.

I've also created a short(ish) video that shows some of the shortcuts mentioned in this article.

Note: When I recorded this video, I thought the shortcut CTRL+U was deleting the line, but it's just cutting the whole line, you can paste the text with CTRL+Y.

Shortcuts for moving around

Let's be honest how many times do we write a command, just to notice that around the beginning of the line there is a mistake and we delete everything and type the command again? These shortcuts will help you move the cursor easier without the need to delete the whole thing.

I've created a cheatsheet with these commands, hopefully, this will help you get used to using the commands. 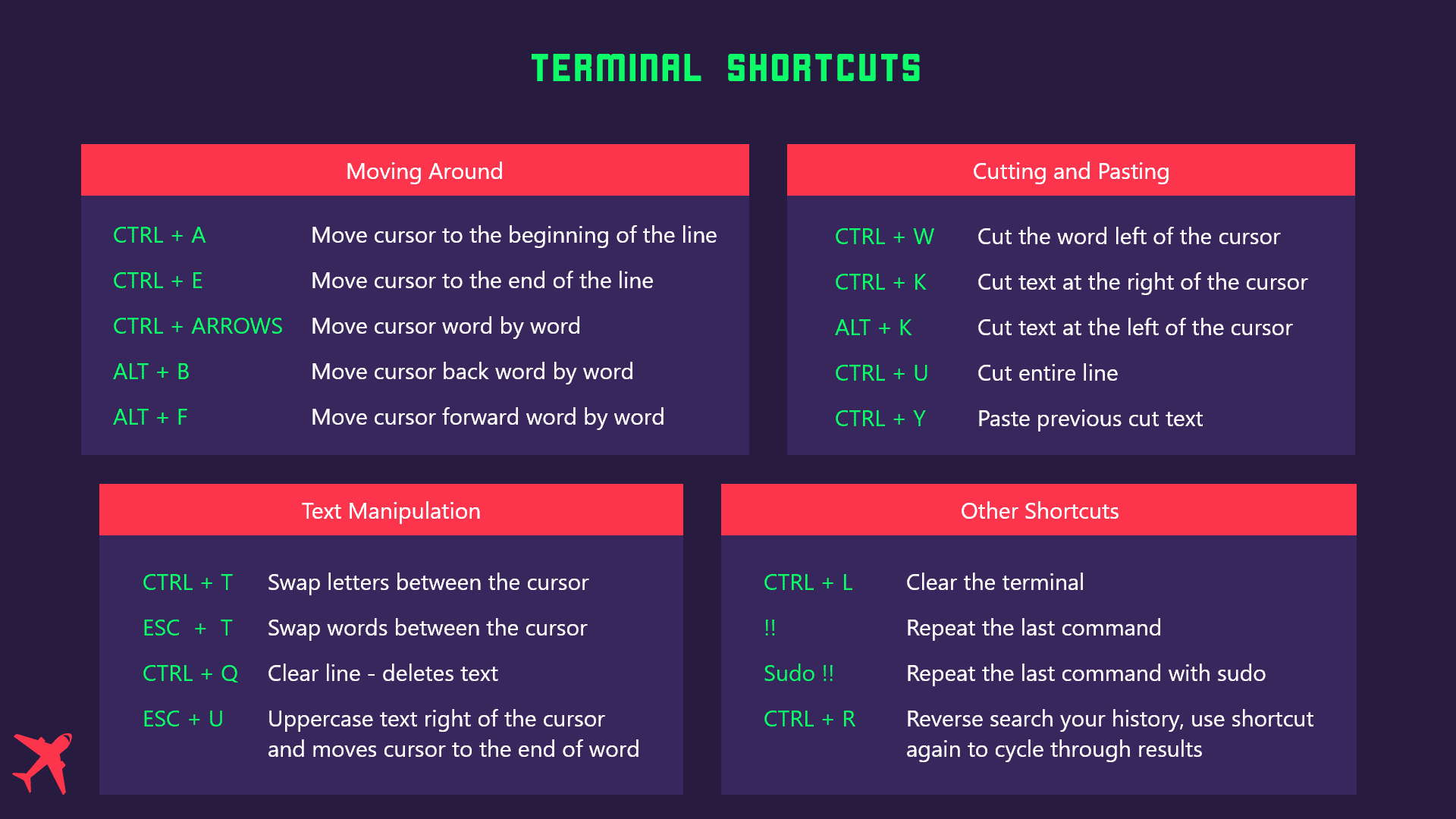 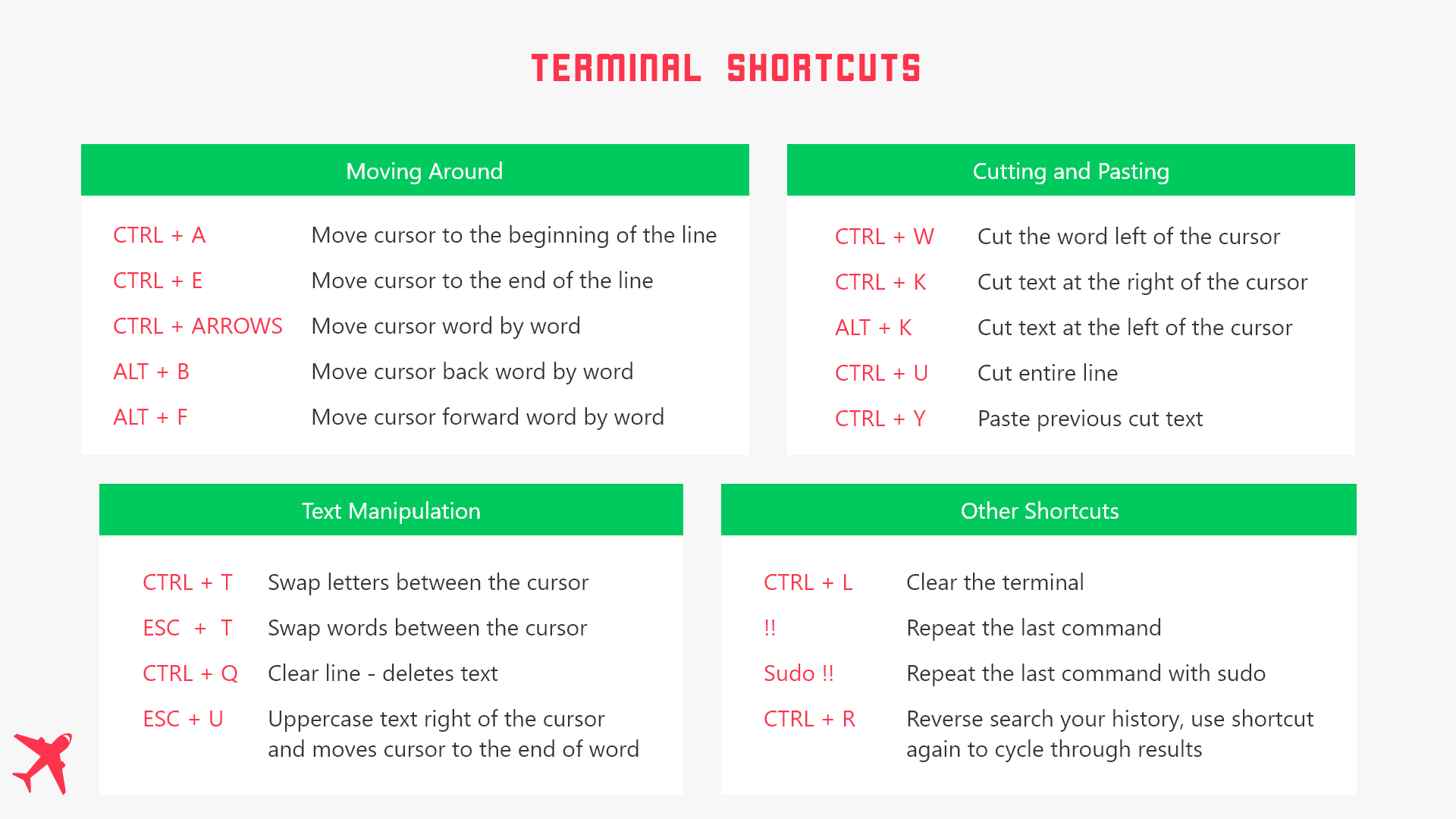